The Music Managers Forum (MMF) and Featured Artists Coalition (FAC) have announced that Sam Fender and his manager Owain Davies (od management) will receive the FanFair Alliance Award for Outstanding Contribution to Live Music at the 2019 Artist & Manager Awards (A&MAs).

Forging his career in grassroots venues across the UK, Sam Fender has developed into one of the country’s most exciting and engaging live performers. Following a current string of US and European dates and the recent number one album, Hypersonic Missiles, his sold out UK tour kicks off in Manchester on November 22nd, culminating in a huge hometown show at Newcastle’s Utilita Arena in April 2020. 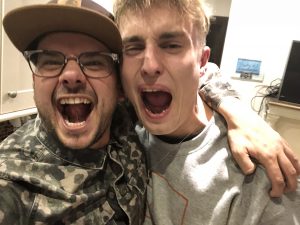 Throughout this meteoric rise, and with the support of manager Owain Davies and agent Paul Wilson (CAA), Sam has consistently taken measures to stop the exploitative practices of online touts and secondary ticketing platforms while ensuring fans are provided with clear information about authorised ticket sites. The importance of artist communications was at the heart of a recent FanFair Alliance guide, and Sam and Owain will receive their award in recognition of this stance.

“Since the launch of the FanFair campaign there’s been a real clampdown on exploitative practices in the UK’s secondary ticketing market. The success of these measures are ultimately down to the efforts of artists and promoters, and Sam has consistently proven how some fairly simple terms and conditions and a clear communications strategy can make a major difference. On behalf of FanFair Alliance, I’m so pleased Sam and Owain are accepting this award and encourage others to follow their example.”

Full details can be found on the Artist & Manager Awards website: www.amawards.org